The EuroJackpot jackpot of  €12 million remains unclaimed in the 2nd rollover following  the lottery’s inaugural draw on March 23rd. The lottery’s instant popularity attests to the fact that lotto fans are actively pursuing the title of first Eurojackpot winner with this week’s of  €12 million prize still up for grabs.

Europe’s newest transnational lottery was the initiative of nine Northern European countries looking to create a lottery of international calibre based on the EuroMillions.

The EuroJackpot has a starting jackpot of €10 million which can continue to grow until reaching the current capped amount of €90 million if no ticket holder successfully predicts the five regular guesses and two additional numbers required win the top prize.

To try the new European lotto , subscribe and receive every 10th ticket free at theLotter! 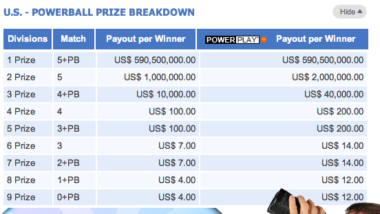