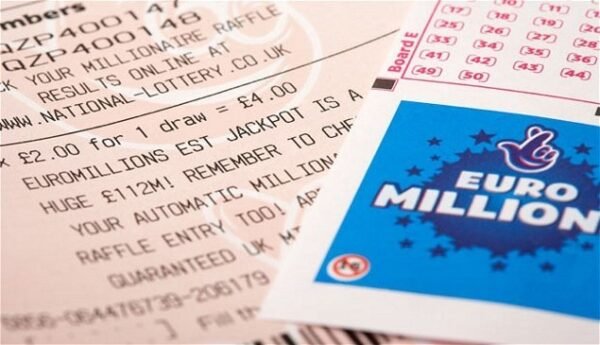 The Voice final shook the UK with unbelievable musical talent Saturday night as Leanne Mitchell was crowned the winner of the first season of The Voice UK. 7.1 million viewers watched as she sang heartfelt renditions of James Brown and Whitney Houston’s hits.

Leanne was awarded £100,000 and a record deal with media mogul Universal Republic instantly upon her win, but the

prizes are expected to keep pouring in. It is assumed that she will

make £1 million in the next year, between her £500,000 recording contract with Universal and estimated profits from The Voice Tour and promotional deals. Mere hours after the final aired, Leanne’s debut single “Run to You” reached the #12 spot on the iTunes pop charts.

Caught in a whirlwind of money and fame, the winner of the Voice Final has stayed remarkably grounded. In many ways, Leanne Mitchell is treating her new fortune with care as is the practice with many lotto online winners. A high-school dropout, Leanne has been supporting herself as a singer at Potters Leisure Resort in Norfolk since age 16 and even though her new record deal and prize money will certainly allow her to pay the bills and live luxuriously, she insists on keeping her old job as a “fall-back”, just in case she needs additional income. She plans to use her money responsibly and focus on her singing career instead of splashing out excessive material goods.

Leanne Mitchell was not the only newly minted millionaire in the UK this weekend. Between the Saturday night UK National Lottery draw and the Friday evening  EuroMillions UK lottery results, there were thousands of lottery wins this weekend, including one EuroMillions UK Millionaire Raffle £1 million winner and one recipient of a £ 4,392,003 UK National Lottery jackpot!

EuroMillions continued to rollover and its huge jackpot has reached new heights – €132 million. There were 6 second prize winners in Friday night’s draw, each walking away £340,774 richer and thousands of winners in the lottery’s 12 secondary prize divisions. In total, EuroMillions UK distributed £7,956,815.90 in cash prizes to the lottery’s 4,546,468 UK winners in Friday night’s draw. That huge prize amount does not include the £1 million doled out to the lucky Millionaire Raffle winner whose ticket matched the combination KQZ010341 and made him an instant millionaire.

With the excitement of The Voice Final, the  EuroMillions UK jackpot  rising above €100 million, the Queen’s Diamond Jubilee, and the upcoming London 2012 Olympic games, the UK is buzzing with energy. Lottery participants at theLotter can get in on this contagious exhilaration by entering one of three British lotteries offered on the site!

Can EuroJackpot Go the Distance?